How to Drive in Snow and Ice 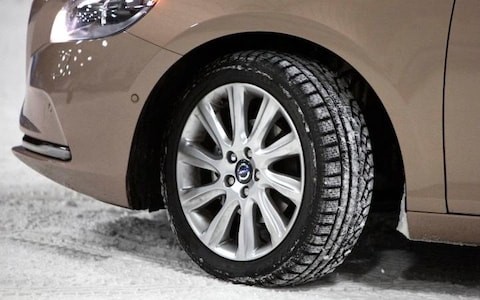 How to Drive in Snow and Ice

With snow covering much of Ireland, it’s time for many of us to revisit the skills and precautions required for safe winter driving.

Driving in such wintry conditions is fraught with danger, so it should always be avoid unnecessary journeys. But if you really have to venture out, there are a few things you can do and techniques you can use to make sure you stay as safe as possible.

Drive only if necessary

Put simply, if you don’t go out, you can’t come to any harm on the road. Is your journey really that urgent or important? It probably feels like it is, but ask yourself what harm would come if you didn’t leave home – and weigh that up against the harm that might come if you were to have an accident or get stranded.

If you do decide to head out, you shouldn’t just be thinking about how to cope with the driving itself. You should also make sure you’re prepared in case things don’t go to plan.

It’s a good idea to pack a bag of supplies to keep in the car when the snow starts to fall. These should include food and water, warm clothing or a blanket, a torch, a first aid kit, a fully charged mobile phone, jump leads, a shovel, an ice scraper or de-icing fluid, and some grit, sand or cat litter.

Plan your route, so that you don’t get lost, and make sure you stick to major roads for as much of it as possible. These are the roads that are likely to have been cleared or gritted, so you stand the best chance of getting to your destination.

Make sure your car has a full tank of fuel, so that if you get stuck in a queue, you can run the engine to keep warm (though if this happens, you must get out of the car periodically to clear snow from the exhaust pipe; if it gets blocked by falling snow, carbon monoxide can build up within the car with potentially fatal consequences).

Check your tyre tread depths, and make sure you have at least 3mm of tread on them, more if possible, in order to cope with the slippery conditions. If you can afford to, get a set of winter tyres fitted, as these improve grip and traction in cold weather considerably.

Clear the whole windscreen and not just a slot or hole for you to see through. Also remember to clear your side and rear windows, front and rear lights, door mirrors, number plates, and if you have them fitted, your front and rear parking cameras. Don’t use hot water, as the temperature difference can crack or deform what you’re clearing; instead, use a de-icing fluid or a scraper. While you’re at it, check the windscreen wipers aren’t stuck to the screen – if they are, and you turn them on, you can rip off the rubber blades.

If your car has snow on top of it, it’s imperative that you clear this from it before you drive away. When you drive off, the snow can fall off in one big clump, which can badly impair visibility for the driver behind you. Not doing so is at best inconsiderate, and at worst dangerous.

When the snow does start to fall, you should turn your headlights on. Don’t just assume they already are – many cars’ dials light up even when the headlights are turned off these days, which can be misleading.

Rather than relying on these lights, you should check the position of your headlamp switch and make sure it is set to the dipped beam setting. This will improve your vision, and enable other drivers to see you in good time.

If you have automatic headlamps, make sure these have activated – or better still, override them manually by turning the headlamp switch to the dipped beam setting.

You should keep your dipped beam headlamps turned on to make yourself more visible even  when it’s not snowing, because snow clouds can cause light levels to drop as well as mist and murk, while snow on the ground can increase glare on sunny days.

Remember, you mustn’t use your fog lamps unless the visibility is very poor – rear fog lamps will dazzle other road users, and the effect is intensified when there is spray from melted snow coming out from the rear of the car. Front fog lamps have the same effect, but for cars ahead of you, especially when the white snow on the road is reflecting the light back up at them.

The Highway Code says that you should only use your fog lamps when the visibility drops below 100m. If you’re not sure when that is, a good rule of thumb is to work out whether you can see the tail lights of the car in front of you. If you can’t, you (and they) should be using rear fog lamps. However, if you can, you probably don’t need them.

Snow does not mean you need to use your main beam headlamps any more or less often than you would normally. You shouldn’t leave them on when you are driving towards or behind other traffic, as it will dazzle those drivers.

If you’re in any doubt about which lights to use, put yourself in the position of other drivers around you. Ask yourself what your car looks like to them, whether they can see you, and whether they might be blinded by any of your lights.

Cast your mind back to your driving test, and you’ll remember that stopping distances increase in icy conditions. But can you remember by how much?

In actual fact, it can take as much as ten times as long to stop on an icy road as it does on a dry one. If you can, you should increase the distance between you and the car you’re following by about that much.

A good rule of thumb is that you should be around 20 seconds behind the car in front of you if the road is icy. That way, if that car has to stop suddenly – or worse still, crashes into a car in front – you will have time to stop, or take avoiding action.

To check you’re far enough away, watch for the car in front to pass an object – a lamp post, bridge or sign. Then count how many seconds go by before you pass the same object. If it’s under 20  seconds, you should back off and allow more space.

Driving in ice and snow isn’t just about leaving more space, though. It requires  a very different driving style that relatively few people are aware of.

For starters, your use of all the controls – steering, throttle and brake – should be as smooth, slow and progressive as you can make them. Abrupt changes in the car’s attitude will cause the tyres to lose what little grip on the road’s surface they have. That could lead to you skidding, spinning your wheels, or getting stuck before you’ve even pulled away.

In a manual car, move off slowly by slipping the clutch as gently as you can, keeping the engine revs low, and ensure you change gear early as you accelerate and late as you decelerate, again so that you keep the revs to a minimum. Lower revs mean the engine is turning more slowly, which reduces the risk of wheelspin.

If you’re driving an automatic or four-wheel-drive car, check to see whether it has a low-ratio mode. This can be indicated by a snowflake symbol or an ‘L’ on a switch near to the gear lever. If it has one of these, you should use it. You should avoid using ‘sport’ mode in an automatic car that’s so-equipped.

You should also try and avoid sudden manoeuvres that might unbalance the car, such as sharp steering or braking. Doing so increases the likelihood of your car skidding.

How to deal with skidding

It is a good idea to gently test your brakes and steering now and again to get an idea of how slippery the road is. Obviously, you should pick a straight, clear piece of road away from any junctions, and make sure there’s nobody following you when you do so.

It’s also advisable to keep the volume of your radio turned down when driving on snow. Your ears can often give you the first warning that you’ve hit a slippery patch. Driving through snow patches will create more tyre noise than usual thanks to its crunching, as well as the roar of snow being kicked up into the wheel arches. Conversely, if the tyre noise suddenly goes quiet, that can mean you’re driving on a patch of ice.

If you do hit a patch of slippery road and you feel the car start to skid, you should take your foot off the accelerator and allow the speed to drop by itself until you regain control. Avoid using the brakes, as this will prolong the skid. If the car starts to spin while you are skidding, steer into the direction of the spin and allow the car to straighten up.

Stay aware of your surroundings

When you approach a corner, slow down with plenty of time to spare before you arrive at the corner, and drive around it gently and carefully at a constant speed. Not only will this prevent you from unsettling the car, but it’ll give you more time to react if you come across an obstacle, such as a fallen branch or heavy sticking snow.

What’s more, If someone does skid or slip on the snow, they could start moving toward you from a direction you’re not expecting. It pays to be aware of what’s going on not just in front of you, but to each side and behind you too.

And if another driver is following you too closely, don’t be tempted to react. It’s easier and more sensible to concentrate on your own driving, perhaps pulling over to let them go on their merry way if you’re able to, than to do something provocative that might cause them to crash into you.

If you are in an accident of the winter period. Think Smart Repair for all you alloy wheel, bumper, dent and crash repairs. Remember we are the only body shop to pick up and drop back your vehicle.